The Gay Purge in Chechnya 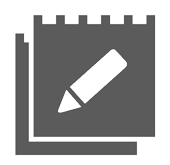 100. That’s the number of gay men that are estimated to have been abused, tortured, beaten, or killed by police forces in Chechnya since December of 2016, according to a report by Human Rights Watch, an independent advocacy group. Though these abuses first occurred in 2016, reports of them were not widely publicized until April of 2017, when a Russian opposition newspaper, Novaya Gazeta, published the story. Since then, news of the attacks has gained international attention with foreign leaders and advocacy groups calling on Chechnya and Russian president Vladimir Putin to conduct an investigation into the allegations. Despite the numerous reports filed by victims of the attacks, however, there have yet to be any convictions or even arrests of those responsible. The Russian Federal government insists this is because only anonymous reports have been made.

Given the social and political climate of the region, it is understandable why the victims of these attacks wish to remain anonymous. Chechnya, an independent republic within Russia, is a staunchly Conservative, highly religious area, where police have actively encouraged the practice of “honor killings”, the murder of gay individuals by other members of their family. The head of the Chechnyan Republic, Ramzan Kadyrov, has responded to these alleged attacks, by denying the very existence of gay people in Chechnya. Kadyrov has also reportedly authorized the torture and assassination of members of political groups that oppose him. Fearing both retaliation from the government and the response of their own family if their sexuality was discovered, the victims of these attacks remain in the shadows.

In June of 2017, Representative Jon Hoadley introduced a bill to condemn the torture occurring in Chechnya. House Resolution 79, which passed the Michigan House of Representatives by a voice vote, calls on the International Criminal Court to investigate the abuses of gay men occurring in Chechnya(although a complaint has been filed with the ICC, a formal investigation has not yet been conducted by them). As both the Chechnyan and Russian federal governments have failed to step up with proper investigations of their own, the international community must increase pressure upon President Putin to intervene and stop further torture as well ensuring that those responsible for the previous human rights violations are brought to justice. If you would like your representative to take a stand for human rights, contact them at: 202-224-3121